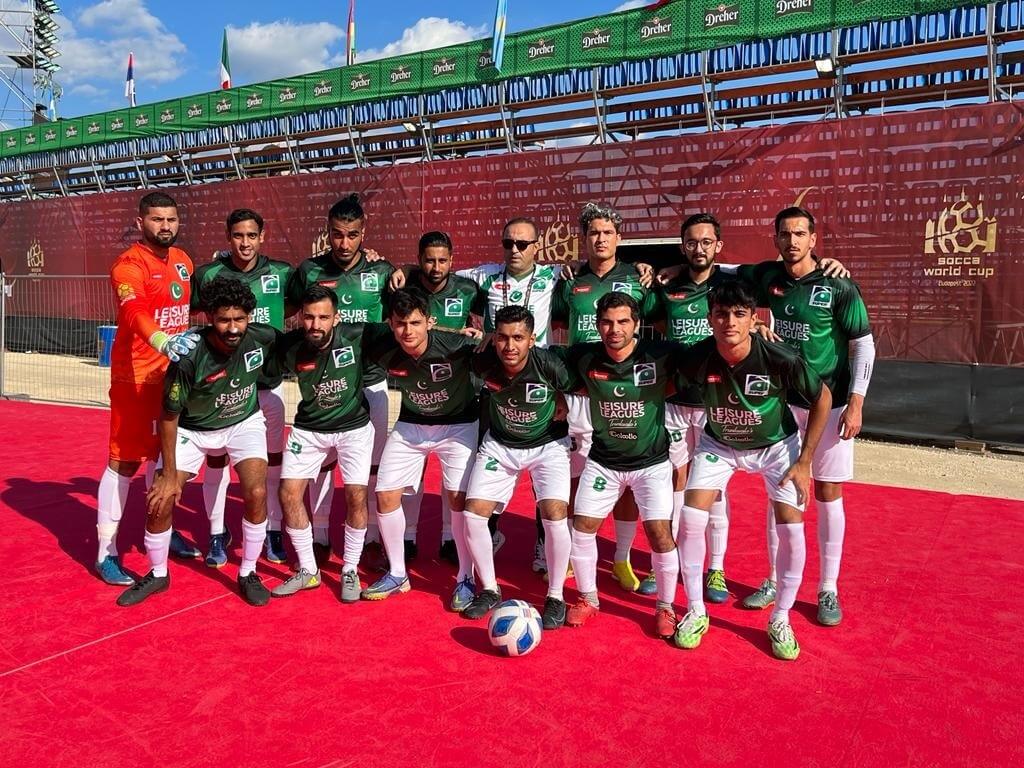 Another full day at the 6 a side World Cup on day four of the Leisure Leagues powered World Cup with 13 astonishing fixtures taking place.

It all started with the early morning match as Nigeria got their second win of the tournament, squeaking home by the odd goal in three against Latvia.

Kazakhstan continued their excellent form in the competition, and Batyrkhan cracked in a couple in their 8-2 thumping of Italy.

Ukraine shared the points with Portugal after a 2-2 draw, while Argentina saw off Tunisia 7-1, but credit to Hosni for his fine individual display and consolation goal.

Leisure Leagues players from Pakistan were left delighted as they finally bagged a World Cup point. Sharing a see-saw game with Mauritius 3-3 as Hussain scored a couple of goals.

Greece are experienced campaigners at this level and are one of only two sides to have won all four games so far, topping Group B after dispatching Iran 4-1, and Germany overcame their early blip to top Group H after the always deadly Niklas Kühle added another two his tally as they beat Oman 7-0.

Brazil top Group D but were made to work hard in for their single goal win over Georgia. Over in Group E, France moved themselves into second spot after easing out Switzerland 7-0.

Poland – runners up in the last two World Cup’s – underlined their credentials again, beating Morocco 6-0 as Bartłomiej Debicki showed his class with a couple of goals.

12 hours of action ended with Spain losing 3-1 to Croatia before the floodlights were turned off on day four.

There are some mouth-watering games in prospect for Day 5. Including Leisure Leagues players from Mexico and Scotland facing off, and Ukraine taking on Argentina in the 7pm match.

Watch all the action here: