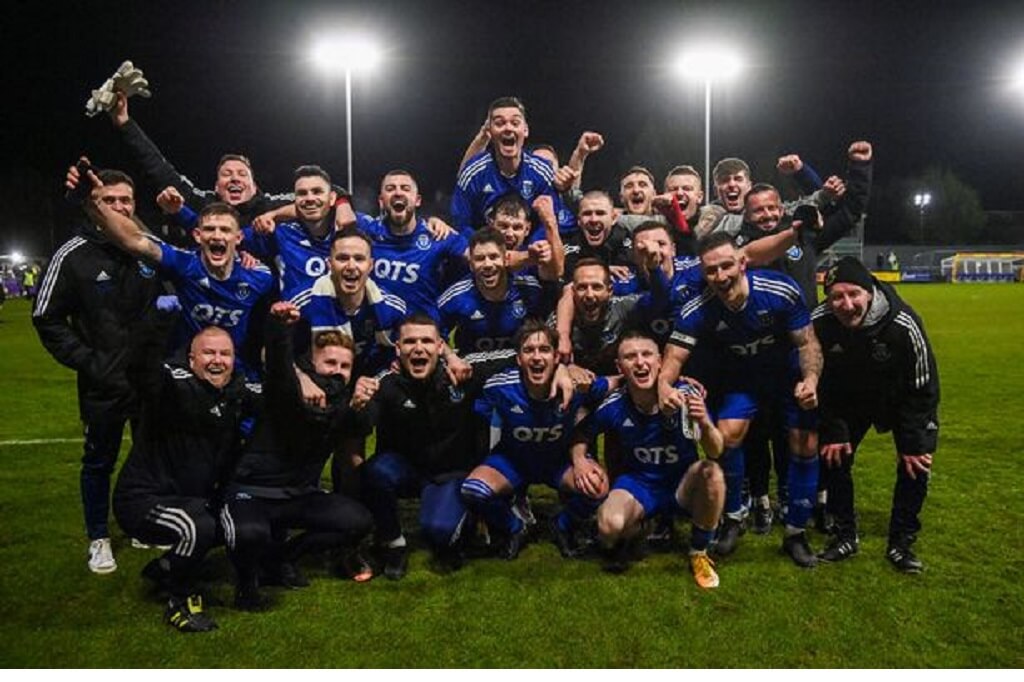 From World Cup hat-trick hero to the winning goal in arguably the biggest shock in recent Scottish Cup history – it’s been quite a few months for Jordan Kirkpatrick.

Darvel –  West of Scotland Football League Premier Division Champions 2021-22 – humbled Scottish Premiership giants Aberdeen, who won the European Cup Winners Cup in 1983, thanks to a goal from the attacker, who scored what turned out to be the winner in the first half as the tiny Ayrshire club shocked Scottish football.

Just four months ago Kirkpatrick hit the headlines in Budapest as the Scottish National 6 a side team saw off Ireland 3-1 – with all three goals coming from Kirkpatrick.

Speaking on Monday, after he’d dumped the Dons out the cup, an overwhelmed Kirkpatrick told The Scotsman: “”It’s hard to explain. It’s a bit surreal. It’s hard to believe. It will take a few days to digest how big a shock this is. I need to phone my boss and see if I can get the day off!”

His goals in Budapest helped Scotland to the last 16, where they lost to Greece despite a goal from Iain Anderson, Scotland’s longest serving player  – Anderson himself scored a goal for Annan Athletic to set up a game with Rangers.

The Scottish National team will be back in action this summer as they travel to Germany to play in Essen 2023, but Kirkpatrick has more pressing concerns, as Darvel’s reward for disposing of Aberdeen was a home tie against third tier Falkirk.

Everyone in the Leisure Leagues and world 6 a side football family sends our best wishes for the game.

Keep an eye on the website for more details on how you can be part of the World Cup and make your football dreams come true.

Relive the action between Scotland and Ireland below.