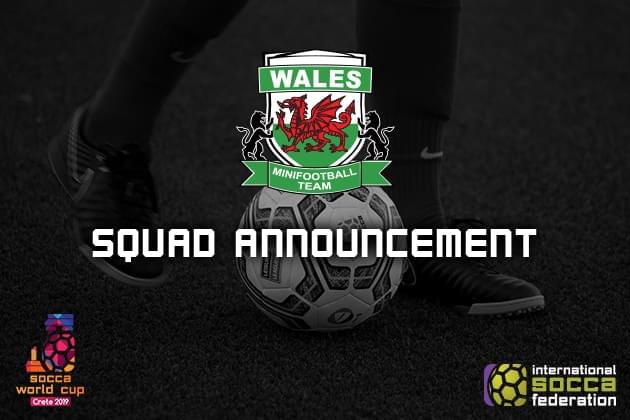 Remember when Wales shocked the whole of Europe in 2016? When Gareth Bale lit up France and Joe Allen made it to the Team of the Tournament?

Well, three years on, a bunch of plucky hopefuls will be flying to Crete with similar aims on the small sided pitch.

After many training sessions and even more deliberation, Wales Manager Barry John and his coaching team, consisting of Assistant Manager Owain Green, Coaches Will Morris and Lewis John, have decided that the following players will represent Wales at this year’s World Cup in Rethmyno.

The proud Welsh boss could barely hide his excitement when he said: “We have had many selection meetings and after all the soul searching and tough choices, we are delighted to announce the squad that will hopefully fire the Welsh Dragons glory.”

Working on the principle of “something old and something new”, the 11 men are made up of a core of players that made their way to Lisbon in 2018 – Marcus Jones, Luke Jones, Akeem Cullen and Laurent Mondo – who will be looking to improve on last year

They are joined by an influx of new blood, Matt Morris, Louis Gerrard, Hakeem Farey, Adam Orme, Shaun Williams and Tyrell Webbe, who will be relishing the opportunity to shine in from of millions for the first time.

Barry added: “We will be adding one more player to the squad after the next session. I believe it was important to give everyone the best chance to show what they could offer.”

The squad will attend some more sessions to fine tune before they depart in October.