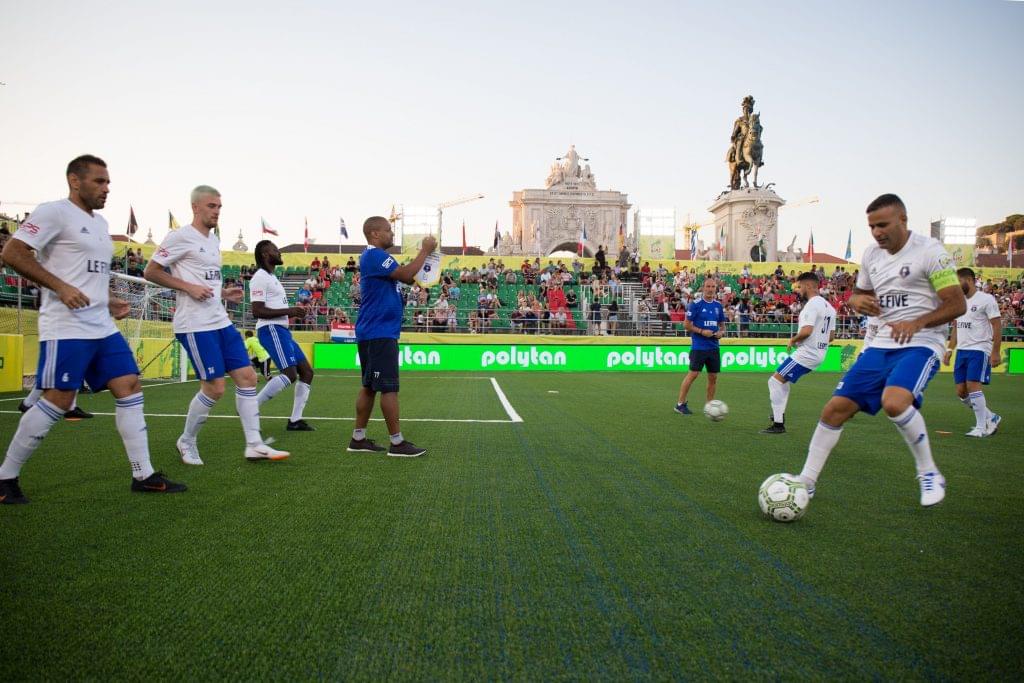 The Socca World Cup has a wonderful setting, but it will also have a world class surface, after the ISF extended its partnership with German artificial turf giants, Polytan.

Christoph Köchy, Sponsorship and TV Executive for the ISF, admitted he was delighted to extend the partnership and added: “After the incredible success of Portugal in 2018, we are thrilled to be working with Polytan in 2019, as we move towards Crete.”

Polytan were one of the first partners on board when the ISF began its journey in spring of 2018 in Birmingham. Christoph explained he was thrilled to keep them on board as the vision becomes a reality, with associations representing more than 80 countries expressing an interest joining the organisation – and over two million players play under the ISF umbrella: “As we grow,” he confirmed, “it is important to have such close partners with us since day one, and we thank Polytan for their wonderful service and look forward to working with them even more closely in the future.”

The history of Polytan began half a century ago with the production of polyurethane-bonded synthetic surfaces by the company Firl + Schretter Sportstättenbau in Neuburg an der Danube.

With the acquisition of the companies STI, EnviroSport, Sportsbygg and TeamSports between 2007 and 2014, as well as AstroTurf in 2016, the group succeeded in further expanding its position on the international market. Today, the group comprises 20 companies from nine countries and employs a total of approximately 1,900 people.

In 2003 the Red Bull Arena opened in Salzburg, and became the first football stadium in Europe to hold first-division matches on artificial grass in the 21st century. Other European football stadiums where top level soccer on Polytan artificial grass, quickly followed. These include the Swiss national stadium, the Stade de la Maladière in Neuenburg,  Stade Marcel Pico in Nancy and Stade du Moustoir – Yves Allainmat in Lorient. In 2015,the FIFA Women’s World Cup was held entirely on artificial grass for the first time.

Now the focus moves to Crete.