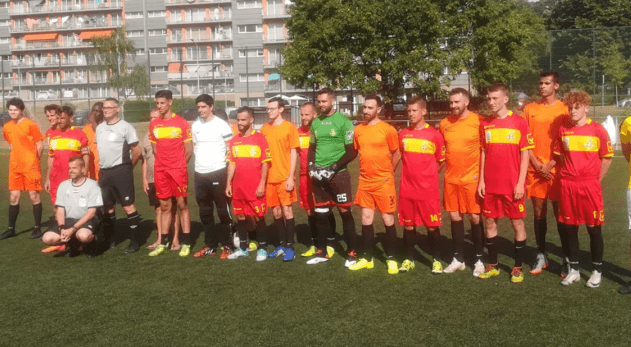 International 6 a side got underway again, as Belgium played Luxembourg.

Not even Covid-19 could stop the Belgian Federation, who recently organized the WESTERN EURO LEAGUE, a tournament which was originally supposed to welcome teams from several countries (Poland, Romania, Ireland, Italy, Luxembourg and Belgium) in large numbers.

However, of course, with the travel restrictions continuing to affect Europe, only the Luxembourgers and Romanians were able to compete – it was however, a magnificent event.

There was a special attraction later in the day too. In the evening, after the tournament was completed, Belgium hosted Luxembourg in two rounds (4-1 and 4-8) for the NORD SEE CUP 2020. Six countries were to participate at the start but once again the current situation meant changes had to be made.

Henry Ionut, the Head of 6 a side football in Belgium, was delighted to get back out on the pitch, saying “For these international matches we were lucky to be refereed by a Dutch delegation made up of two World Cup referees Jorg Oppers and Ronnie Rutten.

And he declared himself satisfied with the day as a whole, despite the travails caused by the pandemic, commenting: “I am very happy with how these two events unfolded. The teams present are entertained and can play six a side in total Fair Play. At the national level I am happy to have tried many new players with talented young people. Some will one day be able to play for our country in an international competition.”

And Henry paid tribute to everyone involved in these stressful times: “People worked hard to get the day on and I thank everyone who helped the day go smoothly.”