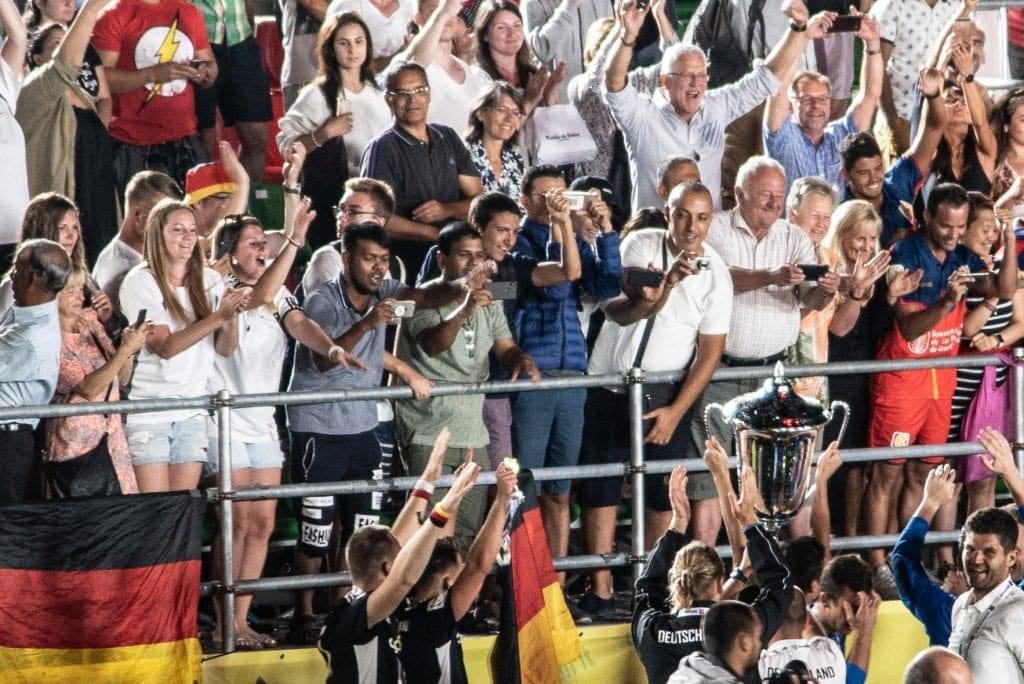 World Champions Germany are on top of the world as the latest International Socca Federation rankings are announced!

The Germans, who won the first 6 a side World Cup in Lisbon last year, are right out in front, and are there to be knocked off their perch in Crete this Autumn.

Poland, who were the beaten side in the final, sit second. Russia are third and last year’s hosts, Portugal, complete the top four.

France, who impressed many with their verve and skill in 2018, get their rewards by being fifth, with the US – who had their 2019 national trials this past weekend – also showing superbly.

Brazil and Belgium – who will both be going back for their second events – see recognition for their performances while in the top 32 in the world sees many of the countries resolving to break into the upper echelons. 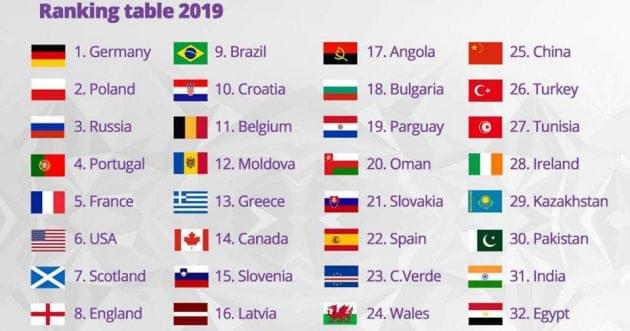 In the Middle East and Asia, Oman have announced their plans for 2019 and sit 20th and, whilst Pakistan might have lost to India in the cricket World Cup, they have at least gained some revenge on the small sided football pitch, ranking one place above their rivals.

The top 32 is completed by Egypt.

That is sure to change, though, as new nations, like Hungary, Luxembourg and Nigeria will compete in Crete!