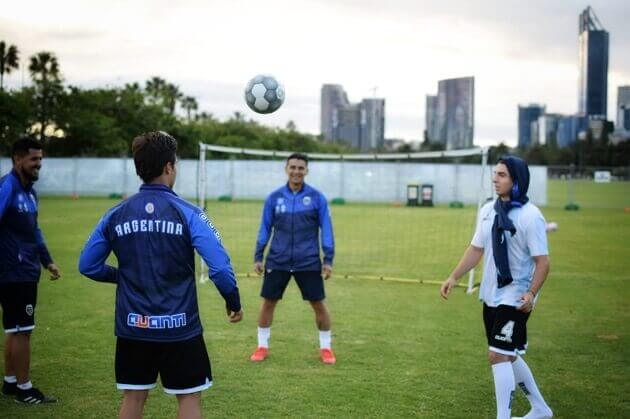 With the countdown to the World Cup getting ever faster, countries, new and old are entering the final phase of their preparation.

Argentina are busy gearing up for their first World Cup campaign and their squad has been meeting for last minute training in Buenos Aires.

The lucky players to have been selected will need to be in tip-top condition too.  They were handed a tough draw if they are to progress. The brand mew team will need to overcome England, Bulgaria, Cyprus and Uruguay to reach the knockout stages.

Argentina are one of a clutch of South American sides in the World Cup this time around. Brazil are the seeds in Group B, while Colombia and Peru are welcome additions too.

The global importance of small sided football has never been greater, with more and more players worldwide taking up the shorter form of the game at the expense of the longer version.

The only official World Cup of 2019, with licensed players who are resident in the country they play for will kick off on 12th October, with Latvia and Egypt getting things underway.

Argentina are first in action on the 12th, when they take on England, in a match of huge significance to both teams.