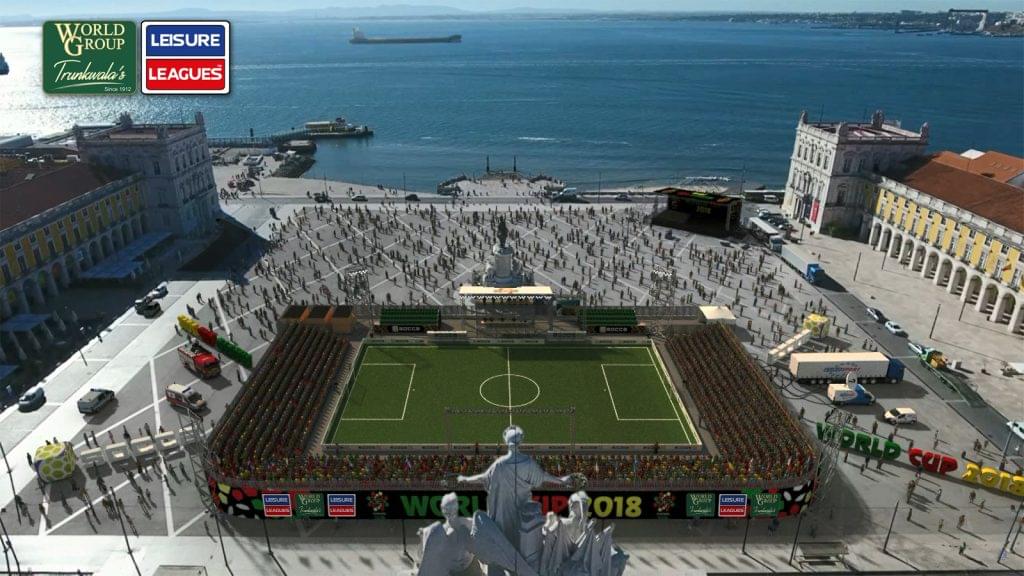 Since announcing that Lisbon’s Praça do Comércio will be home to the 2018 Socca6 World Cup, the ISF have been inundated with applications from organisations seeking to gain the licence to run their country’s national team and enter the tournament.

Due to the level of interest, ISF officials are now in the process of due diligence checks to ensure that the organisations who we offer our licence to, and who become members of ISF, are the largest and most professional organisers of socca in their country. The overwhelming level of interest has meant that this process is taking longer than anticipated whilst our team investigate the merits of each application against one another to select the very strongest member to the International Socca Federation.

ISF Vice-President, Tim Ollerenshaw, stated “obviously we are looking for the strongest league organiser in each country and this has meant some fierce competition between competing league organisers who are all vying to become the exclusive member to ISF, and it can sometimes be a difficult process to work out which organiser is the strongest in their particular country. Our assessment process looks not only at the professionalism of the applicant body but also the number of players they have and their national coverage, as well as other factors including the organisers involvement with other federations.”

ISF have put in place clear guidelines which mean that any organisation who is the number one socca organiser in their country and who joins ISF on an exclusive basis can be eligible for a wide range of benefits including free membership to ISF, access to grants to cover their travel costs to attend ISF competitions, a share of global sponsorship income, extended term licence agreements and the option to apply to become shareholders of ISF. No other federation can offer this amount of benefits to its members.

Organisers of socca leagues who are the strongest in their country but not able to commit to joining ISF on an exclusive basis still have the option to enter the Socca6 World Cup, however they will not be able to receive any exclusive benefits and cannot have the same guarantees and security as the members who have fully committed to ISF in 2018.

Tim stated “our criteria is put in place to ensure that club teams or smaller or local organisations cannot apply and pretend to represent a nation. Each national team player in the Socca6 World Cup will have been selected from a huge body of players from all across their country, which gives the ISF and the Socca6 World Cup a distinct advantage over any other socca competitions being held, anywhere in the world.”

Tim continued “we want to reward members who join ISF early, but without compromising on the standards of the members we accept. Generally, teams are being allocated slots on a first-come, first-serve basis (subject to fulfilling our membership criteria); however if there are organisers that want to join the ISF and take part in this years’ competition they should get in touch in the first instance.”

Any queries on how to become eligible to gain the national team licence in your country, please contact info@soccafederation.brightdesign.co.uk.