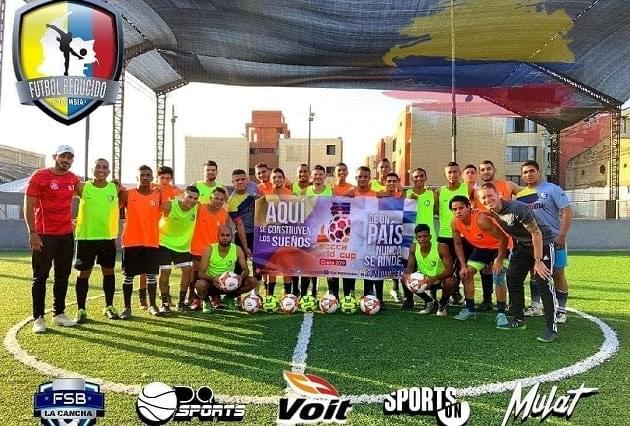 Colombia is ready – that’s the confident message from inside the camp as the preparations continue for the World Cup.

The Colombian’s have quickly set about making themselves part of the 6 a side football family after joining the ISF earlier this year, now their national team is ready to cause a big splash by the side of the Mediterranean this autumn.

Speaking to this week, Carlos Ruiz from the Colombian Federation, confirmed the country was dreaming big: “We work with the best players in the country with the dream of playing all seven games in Greece,” he told us.

Such plans, however have always been at the forefront of the Colombian’s mind. Indeed, they joined the ISF only to follow their hearts – but more importantly perhaps – to enable others to reach their own goals, as Ruiz elaborated. “We are satisfied as a group of young dreamers who understood the boom and participation of this sport in our continent and the possibility of encompassing people who perhaps felt disadvantaged all their lives by football 11 and that for reason could not develop it  at high levels. ”

It was then, that Carlos had his “lightbulb” moment, as it were. “In this sense, we saw the conformation of our association as a way to take advantage of sport as a generator of positive changes, significant relationships and an important cultural exchange in order to transform the world through our work.”

That has already happened, with players from all over the land have been trying out represent the country on the world stage, and each does so with a clear aim, and that is to reach the top, both as a team, but as an organisation too: “Our objectives are to continue strengthening this sport practice in our country as throughout our continent, to be leaders in the development of socca in America and, why not, to be the first to make a SOCCA America Cup?”

There seems to a steely determination about the whole the Colombian delegation, as if they know they represent more than the population of just under 50 million that are in their borders. And, if this journey is only just beginning, then no one seems to know as yet where it will end. You may need to heed Carlos’ words when he says: “We dream big and we work to fulfil those dreams. We are a country of warriors that goes in search of conquering Socca Olympus.”

Before adding: “Colombia goes for everything in the world.” Don’t bet against them.