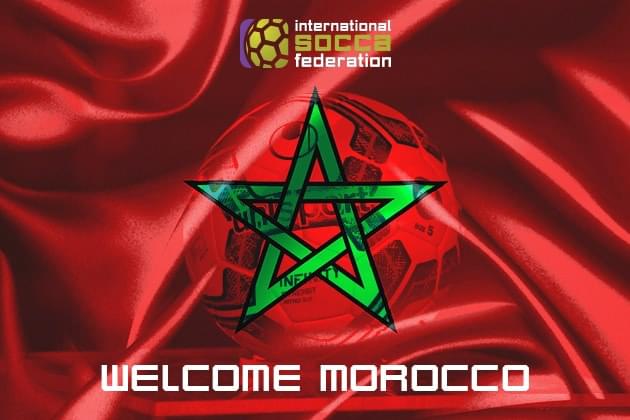 It is always a thrill to welcome new members to the ISF family.

Today we are thrilled to reveal our very latest…. Morocco!

As the country signed up for the world cup in 2019, we spoke to Mr Imad Mahassine from their Federation about all things Socca and beyond –  as well as discussing Morocco’s shock exit from the AFCON 2019

So Imad, tell us a little about the small sided game over there in Morocco, are there many teams playing Small sided game in Morocco has recently developed a major development, mainly due to the spread of mini football stadiums in all Moroccan cities. One of the most important types of mini football in Morocco is corporate football, In this regard, our Agency 2bros organises the biggest event for corporate football in Morocco and Africa in terms of numbers, our national Corporate (companies) tournament that has been running for seven years, gets more teams  every year and now has than 120 teams and more than 1000 participants: managers and employees of companies.

What is the feeling in Morocco for football in general for anyone that might not have been? Football is the most popular sport in Morocco, where the people of different Moroccan backgrounds love football.

The 11 a side national team was tipped to do well in the AFCON? Contrary to expectations, Benin stunned Morocco in shootout for historic win so Morocco’s journey in Afcon ends in the second round.

Who is the 11 a side team that you support, so we can look out for their results? My favourite team that I support since my childhood is Wydad Athletic Club.

You guys are to play in Crete this October, you must be looking forward to it? Yes, we are definitely waiting for the tournament, Hoping to achieve a good result.

What are you aims for the tournament? When we participate in any tournament, our first goal is to win or at least achieve good results and reach the final stages.