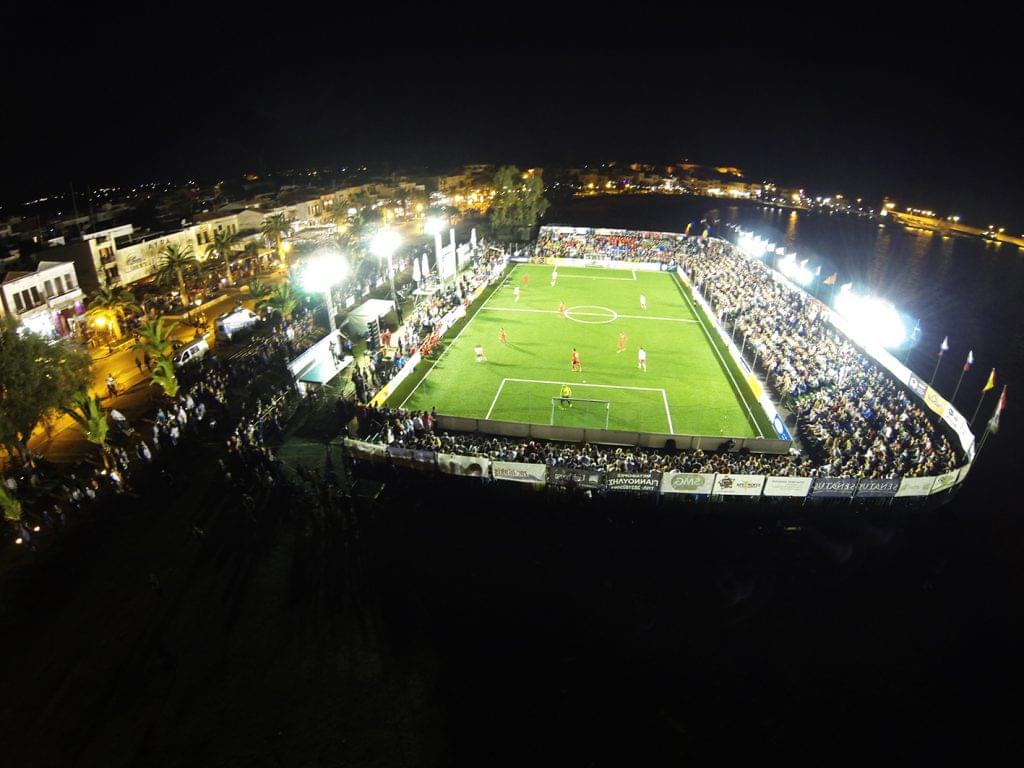 The stunning location of Rethymno in Crete will be the venue for the 2019 Socca World Cup between the dates 12th to 20th October.

The Socca stadium will be built on the main seafront, directly on the beach and overlooking the ocean in what promises to be the most picturesque setting there has ever been for a sporting event.

Thanos Papadopoulos, CEO of ISF said “This is a dream come true for me. I hosted a European tournament on the same beach in 2013 (see photo) but this will be bigger and better by far. It is going to take something of a miracle of construction to put the stadium on the beach, but we have the team in place to do it, as we proved in Lisbon. A top ranking sporting event, in one of the great tourist destinations in the world, and supported by the Cretan Government, there is nothing more I could have asked for.”

Planning has already started for the event and there will be new additions on top of the Lisbon offering, as Janie Frampton explained: “Lisbon was a magnificent event, no doubt about it, but that doesn’t mean that we can’t improve in some areas. For instance, we aim to move the VIP area to a more central position just above the commentary box, and enclose the stadium even more to give it a greater atmospheric feel. We are also in negotiations with BBC staff to complement the Sky Sports staff commentating on some on the matches in Lisbon, in order to make a more rounded professional package for our TV audience.”

World Champions Germany will have fond memories of Crete as it was there, back in 2013, that one of the iconic matches of socca was played, with Germany edging out Greece by penalties in a ticker tape showdown.

With a larger stadium, bigger crowds, more teams and an altogether more supreme experience, Crete 2019 promises to surpass every expectation and become the new benchmark for any small-sided football tournament anywhere in the world