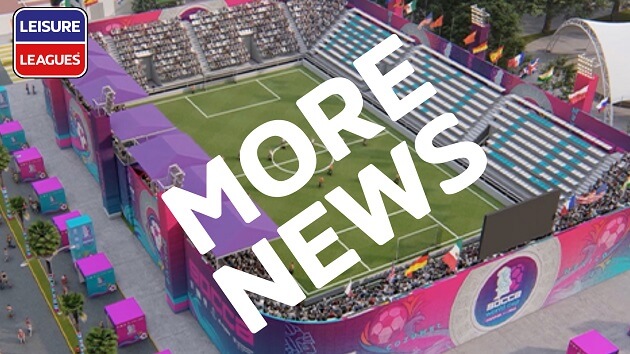 Following the resounding successes of the ISF World Cups in Lisbon and Crete, details have emerged about ISF’s third World Cup in Mexico next year.

The event, featuring 40 countries from across the globe, will be staged in a purpose-built stadium on the beautiful island of Cozumel, just off Cancun, between the 1st and 10th April 2022.

Mexico’s Association President Sergio Ibarra said “I am absolutely delighted to be welcoming the world to Mexico next year. We aim to stage an event that will resound around the world and let everyone know what Mexico is capable of. We can’t wait for it to start”.

Governor of the State of Quintana Roo, Carlos Joaquin Gonzalez said “We are going to welcome all nations with open arms and traditional Mexican hospitality. This area of Mexico is already known as a prime tourist destination and, apart from the football, there are going to be so many things for the teams to do when they get here, I think they are going to have the time of their lives. Let the action begin!”

Leisure Leagues Pakistan, Shahzaib Mehmood Trunkwala – also the vice president of ISF –  was praying for normality to return, saying: “Insha Allah, we will send Pakistan team to feature in the mega tournament. We believe it is our national duty to portray a soft image of Pakistan. When we are enabling our top national club to play alongside other foreign teams, we are doing just that.”

ISF Referees Director Martin Cassidy said “I know that during lockdown the UK and Mexican teams have been working daily behind-the-scenes to work out all the details about this event, and I am certain that, with the superb professionalism we have seen in the preparation and planning from the Mexican side particularly, that this event is going to be the best ever World Cup”.

ISF member and Sponsorship Executive Christoph Kochy said “This is tremendous news. I know that our team will be very excited to be going to Mexico next year and trying to reclaim the title that we originally won in Lisbon in 2018, and seeing what has gone into staging this event, I am so much looking forward to next April and I know the whole ISF Executive, now the global pandemic is slowly coming to an end, will be working very hard on doing what we can to help the Mexicans, and Sergio in particular, with anything they need extra for what is going to be a fabulous footballing party on the island of Cozumel”.