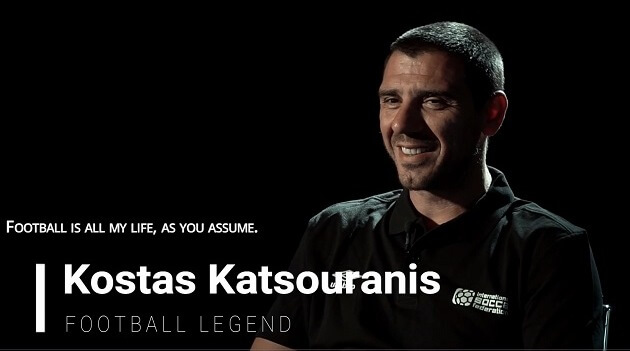 “Football is my life”. How many of us have said that over the years, whether we are playing or watching?

Proving that football is truly universal, that phrase applies just as much whether you are playing with your mates or have played 116 times for your country.

Kostas Katsouranis, a twice footballer of the year in Greece, will represent the country in the World Cup, which kicks off next month and he admitted he cannot wait.

“I wanted again to play in a team”, he told us in an interview for the ISF, “and I can’t wait for the World Cup.”

The amateur spirit of the World Cup reminds Kostas of the football he used to play: “Real football,” he recalls, “Right in the neighbourhood…….”

A veteran of over 500 games in a storied career, Katsouranis has still got the football flame burning deep. Since his retirement he has been playing with his friends in 6 a side and 7 a side games, so the progression into the Greek national team was, perhaps in many ways a natural one.

He is keen, though, to remember that whilst he might have hit the heights himself, others dream:  “The players in the World Cup are amateur, and we must see things from that perspective,” he said.

Finally, Kostas had a message for all those who are joining the spectators in Crete. “I hope everyone enjoys the beaches in beautiful Rethmyno,” he said, “and enjoys the wonderful spectacle.”

The World Cup kicks off in Greece on 12th October.