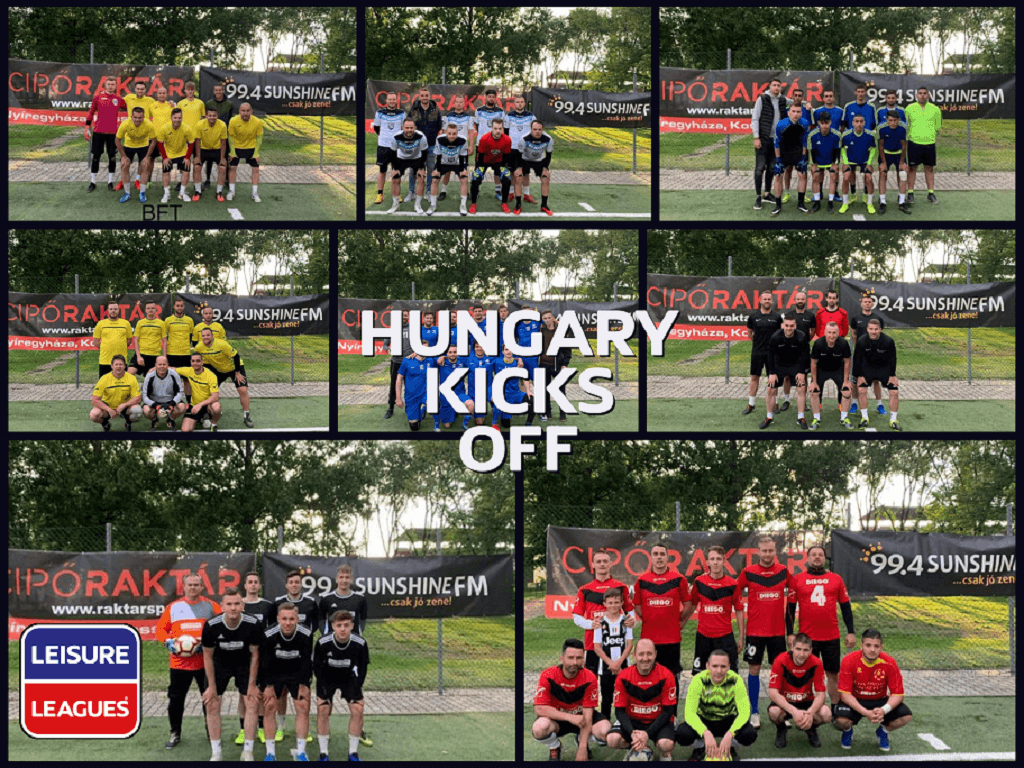 6 a side football in Hungary took a massive leap forward last night, as they are the latest country to become part of the Leisure Leagues family.

Nyíregyháza, a city in the North East of the country, was home to the first ever Leisure Leagues in Hungary, as hundreds of local players sampled the delights that only 6 a side football can bring.

There was some stunning action too, as TEAM FUTSAL took the eye with an incredible 16-2 victory over CONTINENTAL FC – a win that really set down a marker to make them a team to watch. Jozef Varga took the man of the match award, and if he carries on this from, he could see himself on the aeroplane to the world cup next year in Mexico.

Ultimately the results were less important than the occasion itself, as Leisure Leagues Director Tom Nash, who has been working closely with the Hungarian organisers, said: “It’s fantastic to welcome Hungary to the network, 6 a side football is a universal language and it’s never better shown than with initiatives likes this.

“This league is a wonderful start, but it is only that – a start. These eight teams will be joined by many more, I know how determined the executives are to succeed, and they absolutely will.”

The leagues will see players given a pathway to the Hungarian National Team. They made their debut in the Leisure Leagues powered World Cup in Lisbon 2019. Reaching the last eight. They will be looking to improve on that stellar opening in 2022 when the carnival hits Cozumel next April.

To find out the benefits of that Leisure Leagues can bring you, visit https://leisureleaguesfranchise.net/ or email [email protected]