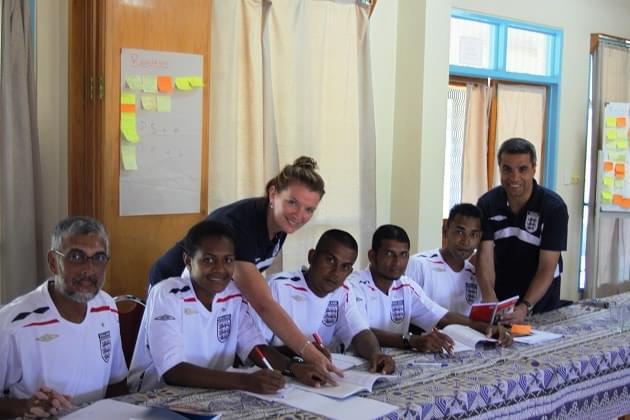 In the first of a series in which we will look at the career of one of the ISF Senior Executive Team, we put our Head of International Relations and Executive Chair, Janie Frampton in the spotlight.

Her story is worth telling too, because the phrase been there, done that has never been more apt than when it comes to Janie. She can only be described as a true sporting trailblazer.

Football was seen as a male dominated world when Janie decided that those preconceived ideas needed changing. She was one of the first women to come through the men’s professional game of football in England as a referee.

Her rise was rapid, and her talent was soon recognised on the World Stage and she was FIFA referee instructor for 10 years. As part of this role he attended all the world cups as a technical analyst – one of only eight women to do so.

As all corners of the globe recognise the enormous benefits of small sided football, and the ISF is bringing sport to all races and creeds,  Janie is uniquely placed to facilitate, given that he she has developed referees on every continent. Closer to home, she was Head of Referees Training and Development at the English FA for over a decade, as well as designing and developing events from the elite to the small sided game.

After leaving the FA, Janie’s unique skillset  – and almost unrivalled ability to procure funding –  was quickly recognised by myriad other sports, and she has written and delivered strategies in the UK, USA, Japan and the Gulf. 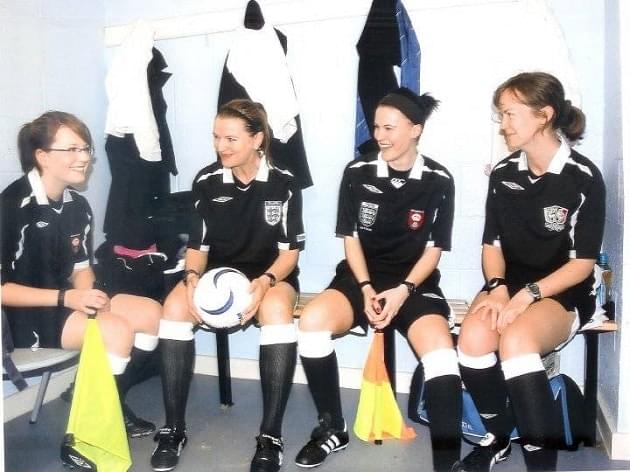 This would be enough for ordinary people, but then, only the most driven rise to the heights and the most driven do not rest. Even now, as well as her invaluable work in delivering worldwide 6 a side football for the ISF, the comparable Ms. Frampton is currently writing leadership strategies for the IAAF for decorated Olympian Lord Sebastian Coe.

In addition to her pure sporting work, Janie knows how to open doors at Governmental departments too. She has been charged with developing programmes to combat radicalism in hard to reach communities.

Given her status as one of the first female referees in the UK, Janie has always maintained a keen interest in women’s sport, working with both rugby codes, and the Muslim Women’s Network and others to encourage girls and ladies to play sport.

Ms Frampton is also one of the most enthusiastic members of the volunteer sector too. She is the unpaid CEO of sports Officials UK, an umbrella organisation to bring sporting officials together and is a board member of many bodies including ECB, RFL and Hockey. 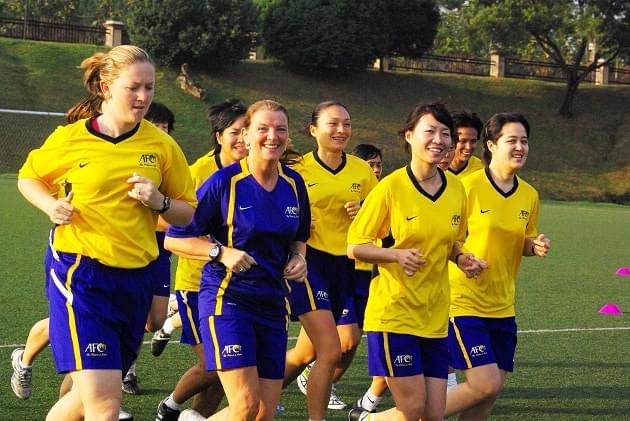 These days , she is the co-chair of Ref Support UK – the world’s only charity for referees, who we are proud to affiliate to at the ISF – which has seen her thrust into the worldwide media spotlight.

With talented people like Janie right at the heart of the fastest growing sport in the world, then small sided football is in safe – and skilled – hands.