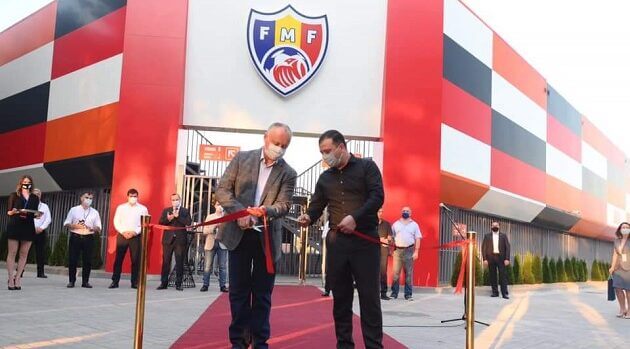 The ISF have confirmed that the intercontinental cup, the first of its kind, will be staged in Moldova in late October.

This week the ISF will be sending out invitations and details of the event, including hotel accommodation and travel arrangements, to its members who wish to play.

Postponed from September, it is hoped that the pandemic will have died down sufficiently for the event to take place and 16 teams are scheduled to take part.

The event is only open to ISF members who have qualified under the criteria of membership. ISF Liaison Director Hannah Wallis said: “We will be sending details out to everybody who is currently a member. That will include those countries on the original five year free membership deal, countries who are also partners with our official sponsor, Leisure Leagues, and countries that have paid their membership fee this year to ISF”.

The tournament will be played on a purpose-built stadium in Chisinau, the capital of Moldova opened by the Mayor recently (above).

It is hoped that this tournament will become the first of many in Eastern Europe over the coming years.

Ms Wallis continued: “Whilst everybody is very excited about this first tournament after the main pandemic, we should still be a little cautious because if the predicted second wave of the pandemic gets worse, whilst we wouldn’t want to have to postpone the event a second time, the safety of the public and our teams is absolutely paramount. The ISF medical director, Dr Richard Johnson is in communication with the Moldovan medical director and together they will make a final decision.

“However, as it stands today, the intercontinental cup is definitely on, but we are going to be making a final decision at the end of this month following the advice of the medical people, and what the Covid 19 pandemic is doing at that time.

Everybody is hoping that the second wave will not to get worse but we have to take precautions. Nevertheless, I think everybody is excited about going to Moldova at the end of October”.