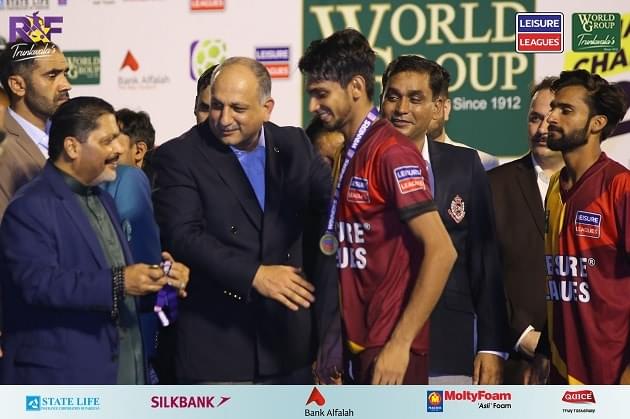 Bata FC earned the right to represent Pakistan in the 2019 Socca World Cup which is to be held later this year.

The Lahore based side emerged victorious after a wonderful finals day at Peoples Sports Complex in Karachi.

The Lahore side, faced Shinwari Football Club from Peshawar in the grand final, and after a hard-fought goalless draw, Bata won 3-2 in a penalty shoot-out.

This is the second time that a small-sided football tournament of this scale has been organised in Pakistan, with the winner of this tournament being shortlisted for the International Socca Federation World Cup in Crete, Greece.

The glitzy finals day is merely another wonderful occasion in a two year journey full of them. It is just over two years since World Group brought Brazilian legend Ronaldinho over to Pakistan for a pair of launch games involving a host of stars like Ryan Giggs and Nicolas Anelka.

Since then, the Leisure Leagues brand has reached over 80 cities and taken in thousands of players – men and women from all faiths and backgrounds – along the way, winning awards and bringing joy

The national team too, has improved, rising above neighbours India in the latest Socca rankings.

The Trunkwala family, who formed World Group in 1912,  have been rewarded for their vision of football for all, with Shahzeb Mehmood Trunkwala being made Honorary President of the International Socca Federation and the finals in Lisbon being played in the Trunkwala stadium in honour of the family’s outstanding contribution to the sport.

Good luck to these ordinary Leisure Leagues players who will be representing their country on the highest stage.

They will find out their fate on 27th August, when the draw for the Socca World Cup is made.