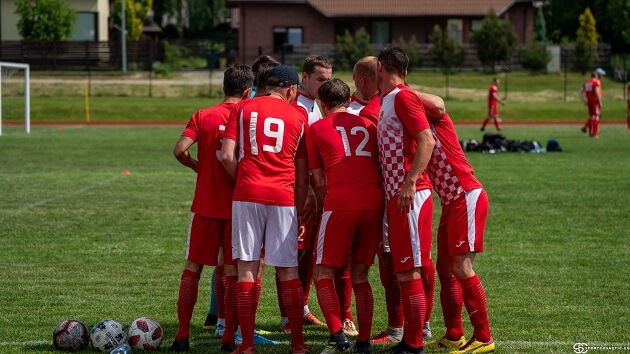 This Saturday, the Lithuanian 7 a side championship, organised by the Lithuanian Association, will be continuing and eight teams participating in this year’s tournament will play two more matches at the Jurbarkas Romualdas Marcinkus Stadium.

After the first stage in Šilalė, the only Jurbarkas Imsrė (pictured left and below) won all six possible points and will seek to defend its leading position in its home fortress. Jurbarkas has always been pleased with the abundance of fans, so the Imsrė team will have an additional player on the field.

And that support will be needed too. Although in the first match they will be welcoming newcomers KKSC Prienai team, which in the first stage lost both matches, in the second match Imsrė team will try their hand with Kaunas FK Arsenalas club, a really tough outfit, 2017 Lithuanian champion, no less, and has a lot of experience and has kept the core of the team for a very long time. 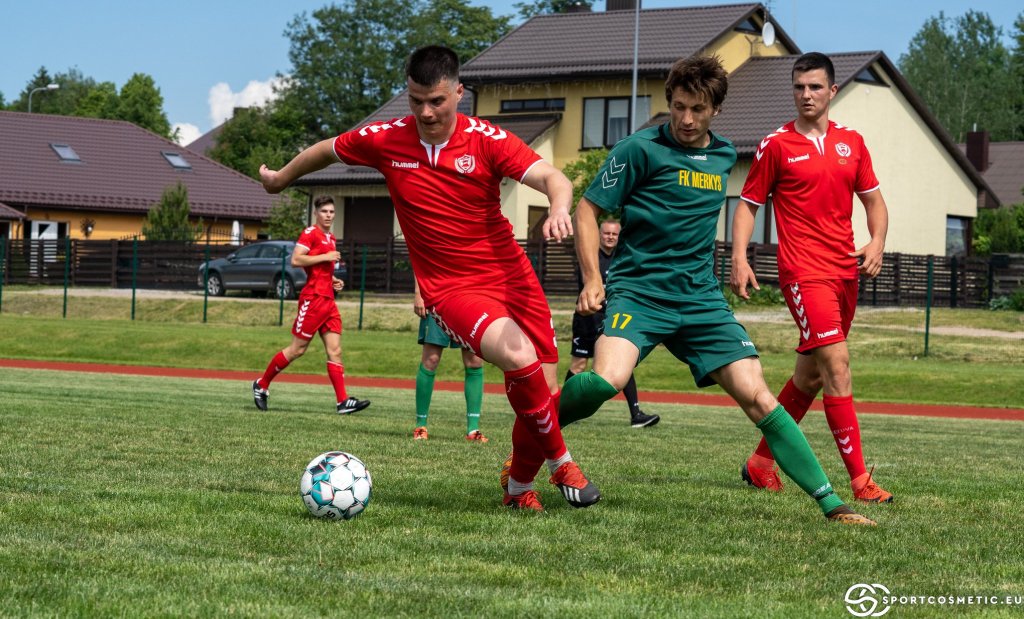 In Jurbarkas, a match everyone is looking forward to is the Kaunas city derby. The renewed FC Hegelmann will clash with the aforementioned FK Arsenalas. This confrontation between the teams of the provisional capital should be interesting and receive a lot of attention. Both teams will fight not only for important points but will also try to prove which Kaunas team is stronger at the end of it. The clash of these teams should give away a tough football, passion on the pitch, and hopefully a lot of goals.

This will not be an easy trip to Jurbarkas for Naujoji Akmenė SC-FK Akmenė team. The Akmenė team, which won four points in Šilalė and is currently in second place, will have to prove that the first stage was not a coincidence and the team that changed more than half of last year’s team will fight for the highest places this year.

In the first match of SC-FK Akmenė, FK Merkys from Varėna city will be waiting for it, which has many famous names in its ranks but is still looking to match that skill on the pitch. In the second match, the Naujoji Akmenė team will face the FC Šilalė – Prolain team – last year’s vice-champions. It is not easy for anyone to play with Šilalė club, so this stage and this match can reveal the real capacity of SC-FK Akmenė and show the team’s ambitions.