After some intense battles the halfway point has been reached in the fifth Lithuanian 7-a-side championship.

During this period eight teams that are participating in the Lithuanian 7-a-side championship played seven games in three different cities – one game against each team.

And one team managed to win all seven games in the first round-robin. To everyone’s surprise, that team is the debutants of the championship – Klaipėda City.

The newcomers showed perfect team spirit, played aggressively and according to their game plan. This helped them to beat each team. The hardest game for Klaipėda City was against last year’s runners up Hegelmann Minifootball which ended in a 1:0 win. This defeat was the only one for Hegelmann who now sits in second position, three points short of the leaders.

“We are very happy with our performance. In every game, we give more than 100% and playing only for victory. Our guys showing good skills on both sides of the pitch and that allows us to score more goals and concede fewer goals than our opponents. We will try to play the same in the second part of the season as well”, – said Klaipėda City team manager Tomas Norkūnas. 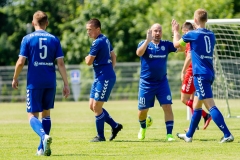 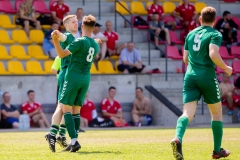 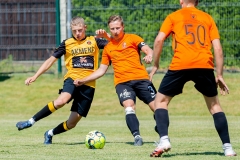 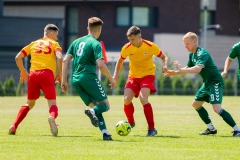 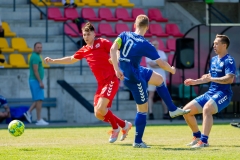 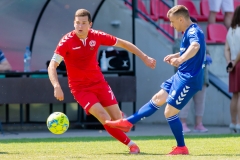 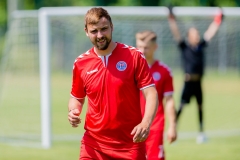 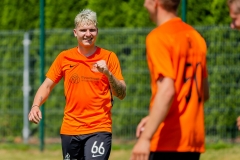 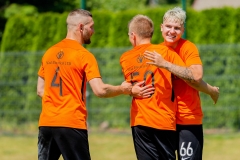 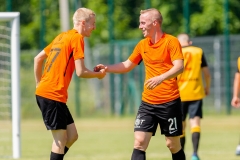 The new season started hard for last year’s champions Kaunas Arsenalas team. During the first four games, they managed to won only once, but this weekend Arsenalas tasted victory three times in a row and with 12 points jumped into fourth place.

Jurbarkas Imse team, which is the last year’s bronze medalist, showing stability and now is in the same place – third. They won five games from seven and collected 15 points.

Another debutant – legendary Panevėžys Ekranas team – started their season with few victories and grabbed up 7 points.  This allows Ekranas to sit in fifth place.

A little bit worse this season folds for three teams – KKSC Prienai has 5 points, FK Akmenė  – 4 points and Varėna Merkys team lost all their games in hard-fought battles and didn’t collect any points.

As all teams played against each other once, now Lithuanian 7-a-side championship, where former FIFA referee Gediminas Mažeika is blowing the whistle, will have an almost a two-month summer break. During that time Lithuanian mini football Cup tournament will be held on the 10th of July in beautiful Birštonas city.

All eight teams of the Lithuanian championship will be back on the pitch on the 14th of August and from then until the 11th of September another 7 rounds will be played which will help us to identify the best team in the country.