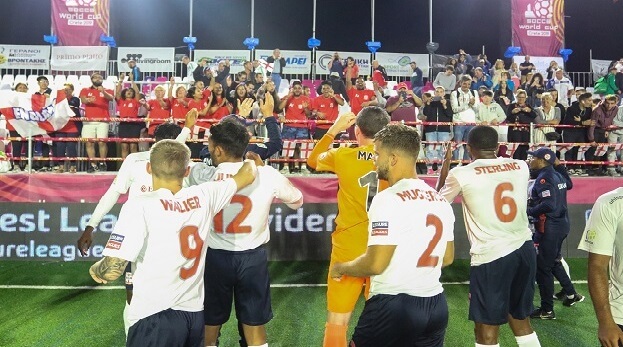 Last week, Henry Muggeridge, one of the stars of the Socca world cup last Autumn, made the national media, for a goal he scored earlier in the season for Whitehawk FC.

The amazing team move that led up to it was a thing of real beauty, so we thought it would be a good time to speak to Henry – a former pro with Carlton and Bristol City amongst others – to talk about the goal, as well as that week in Crete, how he’s trying to unearth the next gems, oh and how he’s coping in lockdown, of course.

But first, here’s another look at the goal.

So, Henry, that goal that made the national news last week. Who was it against?

Three Bridges, a team from the Crawley area in The Isthmian league. My team, Whitehawk, were 3-1 down at half time and came back to win 5-3, It was a midweek game back in November and we were away. It was a cracker of a game,

Is it the best you’ve scored in your career?

Then maybe, tell us a little about your experience in Crete?

Crete was the most amazing experience. It was one of, if not my best footballing experience of my life. Playing for England in a World Cup is a dream come true and I can’t thank UK Socca, Leisure Leagues, ISF, Jamie [Leggett – England Coach] and Kev [James – assistant coach] enough for the opportunity I was given. Everything about the Tournament was so surreal and a memory that will live with me forever.

Sorry to do this, but to bring it back to current events. How are you getting on in lockdown?

I am finding lockdown very hard but trying to keep positive. I try you stay as active as I can and follow the government guidelines to only one outdoor activity a day. My work is currently on hold but hopefully we can get back on track soon.

I believe you have a coaching business, it must be very rewarding to pass some of your skills on to a new generation?

Jonny Elwood and I run a football academy Called EMC Academy. We operate in the south east of England and produce some of the best footballers in the area. EMC Academy look to bridge the gap between the grassroots and the professional game. We give every young player (no matter of their age or ability) the perfect platform to reach their potential. In the short time we have been running, we have seen a large number of our players, signed by professional clubs. We also work in schools to provide the children with PE lessons and after school clubs.

What about the older age groups, could there be some future England players there?

Maybe! We have our own football scholarship programme for students aged between 16-19. We give players the opportunity to train with Uefa A standard coaches and former professional players on a daily basis, as well as completing a 2-year, B-tec Sports qualification. We have had a lot of success in recent years and hope to build again in September. 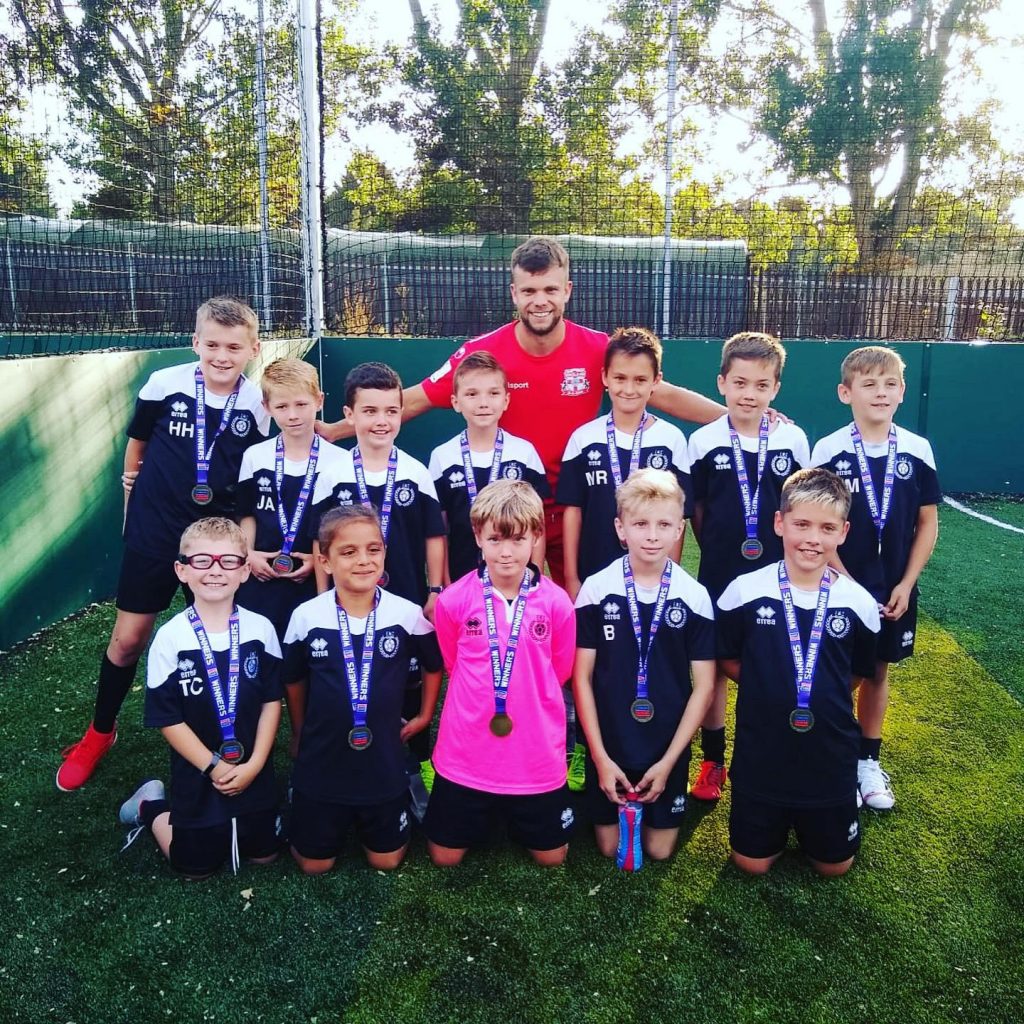