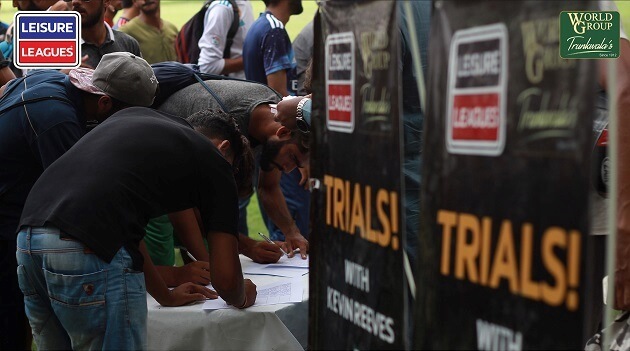 300 hopefuls, from 16 cities, all came under the watchful eye of new Pakistan Coach, Kevin Reeves, as World Group and Leisure Leagues Pakistan stepped up their preparations for the 6 a side World Cup in Crete.

A journey that began on 21st August in Islamabad ended this week in Karachi, as Reeves, who was one of the most expensive players in the world when he moved to Manchester City back in 1980, and with two caps for England, ran the rule over the proud players who will pull on the green of their country.

He was impressed by what he saw too, writing: “My time here in Pakistan is coming to a close, it has been an amazing experience.

“Now it’s my time to do something for the people of Pakistan and that’s to win the World Cup. Tough job I know in football anything can happen”.

With coaching experience throughout the world, including top teams like Stoke City and across the globe, Reeves will be looking to do what Leicester City did in the EPL and shock the world.

He couldn’t have got a tougher game to do it, as Pakistan were drawn against World Champs, Germany, but as Leisure Leagues Andy Thorley said: “What is football without dreams? We know the passion of Pakistan and Kevin will surely harness the talent.”

Ordinary Leisure Leagues players will be taking part in the World Cup, and World Group, The Trunkwala family and LL Pakistan were all  praised at the draw ceremony this week in Athens.

The world cup gets underway on 12th October.