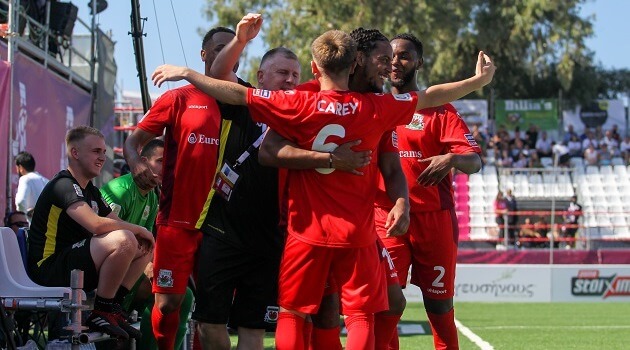 Wales 6 a side football manager Barry John took charge of his first training session of 2020 and declared: “It’s nice to be back, but the hard work starts now!”

The popular 6 a side stalwart, who is a fixture on the south Wales football scene, welcomed some new players to the squad, mostly recommended from Leisure Leagues, and he admitted they’d given him food for thought: “They fitted in quite well,” said Barry.

Players, both new and old, are now in the same boat: “They all face an anxious wait, now as the Management get together to see who can take us forward to the next World Cup,” explained the boss.

Whoever is in the squad to travel, though, will be facing hard work, and John re-iterated his desire to see a greater discipline in the squad, as he cautioned: “We’ve got to cut down on silly fouls. Giving boys two minutes in the bin really cost us last year.”

The experienced coach, about to lead Wales into his sixth campaign, is in no doubt about the quality in the squad but added: “We’ve got to cut out the silly little mistakes and we’ll be fine”.

Even players who weren’t in the first training squad have not had the door closed on their opportunity, though, as John also laid out plans for future scouting missions, saying: “We will be out in force at leagues all over Wales, looking for hidden talent who can improve us.”

The Wales team in 2019 were knocked out in the group stages in Crete, but did have the honour of scooping the goal of the tournament award, as Tyrell Webbe won for his stunning strike against Lithuania.

Look out for much more on the world cup in the coming months.