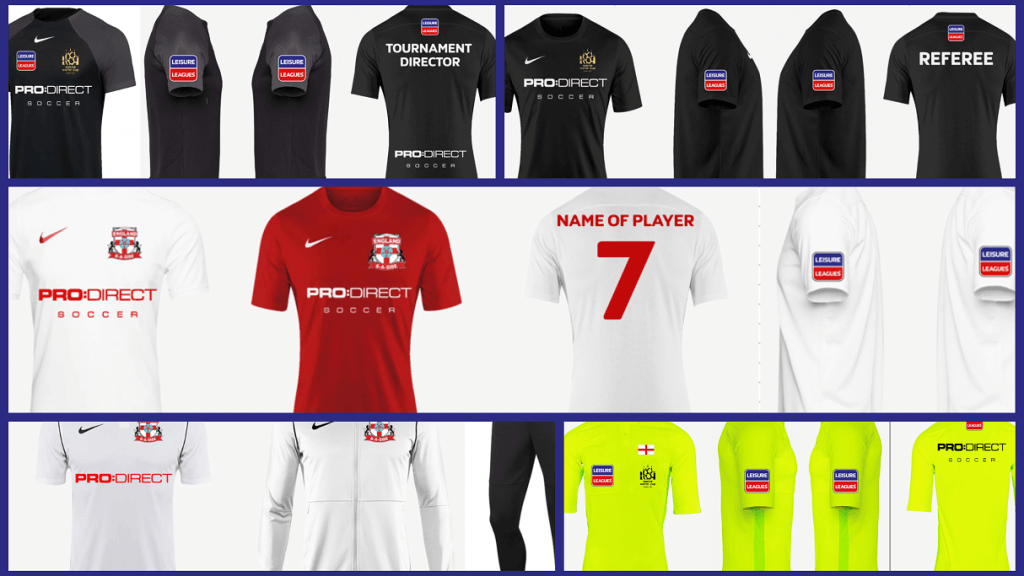 International Socca Federation – powered by Leisure Leagues is pleased to announce that Pro:Direct Soccer are the kit and apparel sponsor for all of our World Cup Referees and ISF staff for our 6 a side World Cup in Budapest Hungary. Pro:Direct are one of the largest and most respected online teamwear companies in the world and the agreement includes all the ISF staff and referees wearing the Nike brand.

In addition to this agreement, Pro:Direct are also the Kit sponsor for The England 6 a side team who will also wear the Nike brand on and off the pitch. All players will receive Polos, Tracksuits, Training Sets and a Rucksack.

Martin Cassidy Business Development Director for Leisure Leagues, who are the power behind the 6 a side World Cup said: “It’s fantastic to working with another world leader in their field, just like Leisure Leagues, both Nike and Pro Direct have a long-established reputation for excellence and professionalism. These are the brand we want to work with and develop the small-sided game both national and internationally.”

England joint managers Arjun Jung and Henry Muggeridge welcomed the news and said: “This level of support from top brands is evidence that we are the go-to team for England 6 a side. We pride ourselves on our own identity and don’t pretend to be anyone else, as our brand, Leisure Leagues and the ISF stands on its own.

“We are delighted to have our kit sponsored by Pro Direct and Nike.  Our players will certainly feel great wearing such world class brands, which in turn will positively contribute to how we perform on the pitch.

“We look forward to the 6 a side world cup and in Hungary hope to be lifting the World Cup with Pro Direct proudly on our chest.”

The 6 a side World Cup begins on September 10th with an expected television audience of over 100 million viewers. The tournament, which will be played in a purpose-built four-thousand-seater stadium, is the first 6 a side World Cup after the pandemic and is proving to be the most popular one yet, with over 40 international teams taking place in the centre of Budapest.