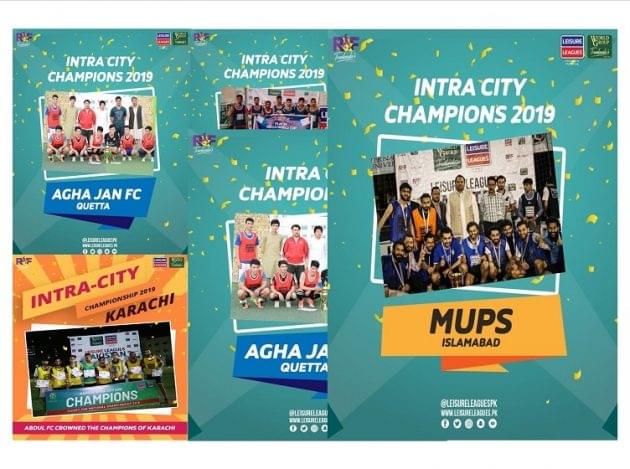 6 a side football in Pakistan took yet another massive leap forward as a International Socca Federation affiliated competition set the record for the most matches in the country in one day as the Intra-City tournament took place.

A record number of 56 matches,  with 70+ teams, and only one champion to represent the City of Lights; this was the story in Karachi last weekend.

Abdul FC were crowned champions after facing stiff competition from other teams. They will be participating in the upcoming Leisure Leagues PK’s National Championship later this summer, before the Pakistan team heads to Crete in 2019 for a second appearance in the World Cup.

Since the big kick off just a couple of years ago, Leisure Leagues has become the biggest, best and most recognisable sporting brand in Pakistan.

International Socca Federation Stadium Director Tom Nash explained that the example of Leisure Leagues Pakistan was one that the whole world could follow: “The leagues in Pakistan set the gold-standard,” he said. “The team have won awards for their commitment to inclusion – just last week we saw the first female referee and League Organiser being highlighted – but the way the leagues are spreading throughout the country is truly wonderful. (for more information on that Head to the LL Website)

“This tournament merely highlights this, and this record breaking event is just another step along the road for 6 a side football and socca in Pakistan!”

The National Tournament is sure to be a must-see event which will create massive interest, not just in Pakistan, but throughout the world, thanks to the global reach of the sport.

In addition, Pakistan will be competing in the World Cup this autumn, with a team made up of the best players from throughout the Leisure Leagues network.