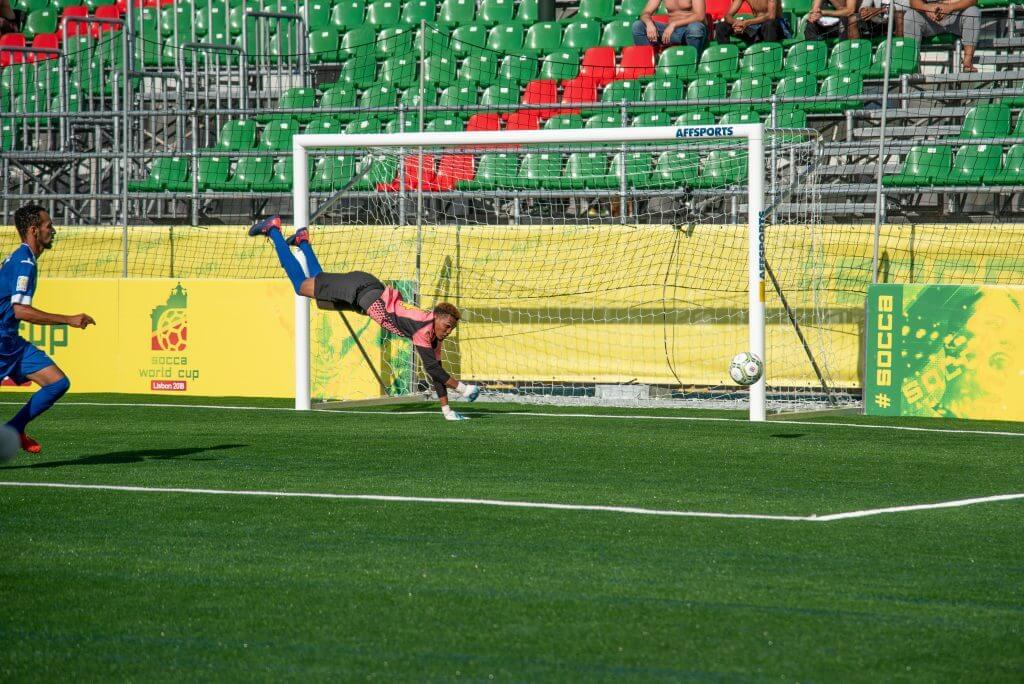 The first day of the ISF inaugural Socca World Cup began with a wins for Portugal, Canada, Brazil, Spain and Angola. Praça do Comércio in the centre of Lisbon plays host to the Socca World Cup until the final on Saturday 29th September. The purpose-built stadium hosts 2,500 spectators with the majority of matches free of charge in the greatest celebration of small-sided football to date.

The host nation, Portugal, began the celebrations with an opening ceremony on the pitch before facing Greece. The fixture was refereed by ISF Ambassador Mark Clattenburg which saw the tournament hosts trump Greece 3-1.

Pakistan faced a strong Spain side with the Europeans posting a 5-0 victory. Angola took on Croatia in the final match of Day One with a very competitive feat with Angola taking victory 3-2.

Second day of the tournament sees 22 teams in action with: