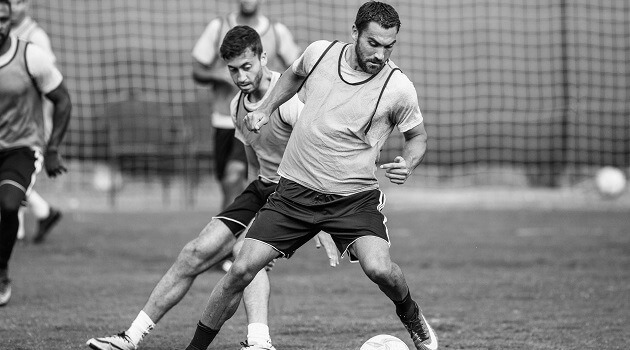 Robbie Findley is the headline name in the USA Squad of 12 players that has been announced for the ISF World Cup in Crete.

The former LA Galaxy and Nottingham Forest player, a veteran of 11 caps for his country in 11 a side football, will be joining his team mates as the US look to improve on their impressive showing on their World Cup debut in Lisbon.

Coach Tom Hurdle had this to say about selection: “It’s been a great 2 months of training camp with the Team USA boys and we’re excited to make our squad announcements.

“It’s been an incredibly competitive 2 months. We identified and invited 25 out of 75 players who attended the open tryouts to join us for training camp.

“That group has shown outstanding dedication, commitment and sacrifice. Training several times a week at 630am. Each player has brought a high level of professionalism and energy. Add to that the exceptional standard of talent the environment has been first class.

“This has made the World Cup squad selection all the harder for us as a coaching staff. It’s a great situation to have from a Team USA perspective. The players who represent their country in Greece will have truly earned it. Every player will bring something important to the table in terms of helping us achieve our goals in Crete.

“Ultimately at the end of this process we have a squad that possesses some major quality and experience. Robbie (Findley) who’s talent and experience is invaluable also brings a level of professionalism that sets a high standard for everyone in the squad to follow.

Team USA plans to take a total of 12 players to the tournament with 1 spot still open as we identify where our final needs for the squad are.