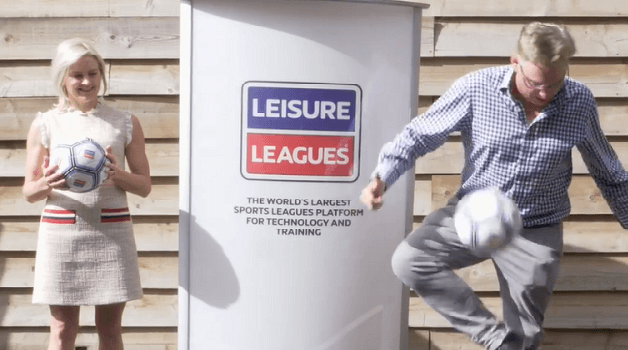 Leisure Leagues – the driving force behind ISF – was delighted this week to welcome Julian Knight, MP – the Chairman of the Digital, Culture, Music and Sport committee – to talk about their campaign to get the nation fit.

It’s become ever more vital, especially this week, after a study showed that obese people were 48% more likely to die of Coronavirus than those who were not.

The findings, which the lead researcher described to the Guardian Newspaper as “scary”, show that the risks for people with obesity are greater than previously thought.

Mr Knight, one of the most influential politicians in the country, said: “It was a pleasure to catch up with Steph and the Leisure Leagues team [this week] in Solihull. They’re doing a fantastic job of getting people fit and active, and I look forward to seeing their great work continue.”

We also discussed our #summerofweightloss campaign, as we look to get the nation moving again through 6-a-side football💪 pic.twitter.com/t4vazuy2LQ

At ISF we have been working with all members to get the world moving since we were able to begin again after lockdown.

Thankfully, we have been able to get many competitions back since restrictions were lifted, but and Leisure Leagues have started new competitions around the world, and thousands of new players have signed up across the network.

ISF Director without Portfolio, Stephanie Bullock, pictured above with Mr. Knight, said the figures around Covid deaths were “extremely worrying”, and added: “These are exactly the sort of people that we are doing this for. They might not always be the best footballers, they might not always be the gym members – and for many our leagues might be the only exercise they get. It is wonderful to get so many people signing up.”

Stephanie thanked the MP for his visit and said: “It was a pleasure to welcome Mr. Knight. We were able to have a good chat with him across a wide range of subjects, and about the challenges we are very proud to have had to overcome in this period, so we can emerge even stronger.”

Recently we reported that Hungary have become the latest country to benefit from signing up to the Leisure Leagues worldwide network, as they look to revolutionise football in the country.