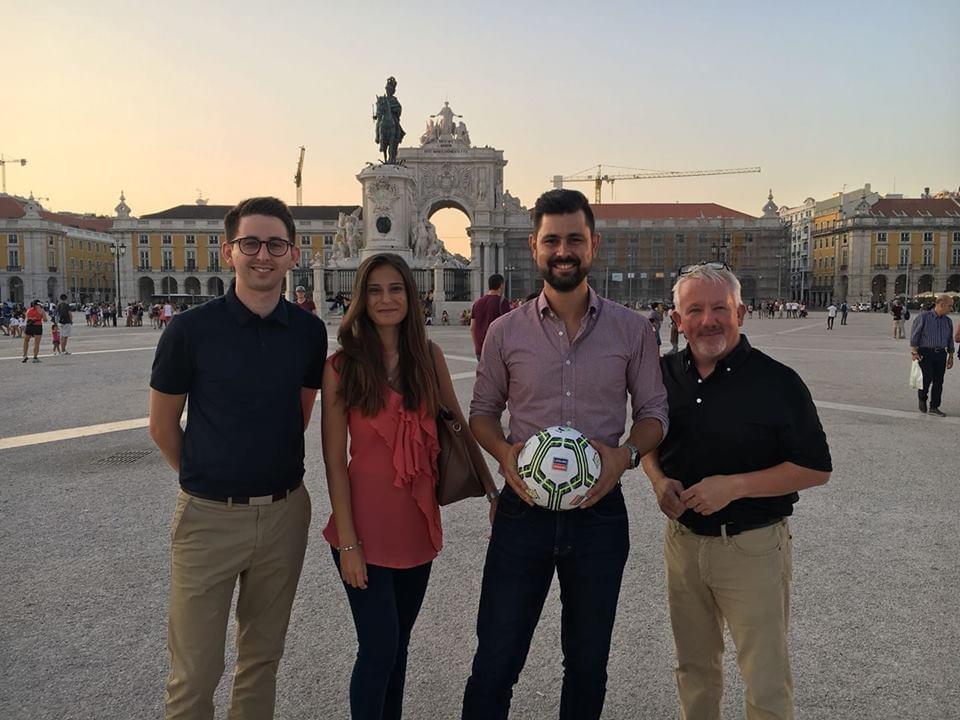 As preparations continue for the inaugural Socca World Cup in Lisbon this September, UK Executives from the ISF visited Lisbon last week to see how what progress has been made in the run up to the event.

UK Executives Martin Cassidy and Tom Nash met with Portuguese Federation and World Cup host Gonçalo Oliveira, Catarina Matias and their colleagues and visited the Praça do Comércio in Lisbon.

Martin Cassidy commented ” As you would expect there has been daily communication between us and Portugal about this event, but to hear some of Gonçalo’s ideas, particularly around the imagery and scenic atmosphere that they plan to create are simply mindblowing. There’s no doubt that Gonçalo and Hugo are doing a fantastic job and our role really is to simply support everything that they are doing.”

World Cup host Gonçalo Oliveira said “It was great to host representatives of Head Office here in Lisbon and show them all our plans, especially as we are now so close, less than a month away, from the Socca World Cup itself. The list of preparations and things to do, as the UK will be aware of, are huge, and every single point is being planned down to the finest detail. Of course, the pressure is on us to get it right, but even at this stage I think that we can confidentially say that this is going to far and away the best ever small-sided football event to have been staged worldwide.”

Martin Cassidy continued “All I can say, and I speak on behalf of Tom as well, is well done to Gonçalo and Hugo, and everyone around the world is looking forward to this event which will be simply amazing. To have a location such as we have got, in the main square in Lisbon, one of Europe’s main capital cities, is simply the icing on the cake.”