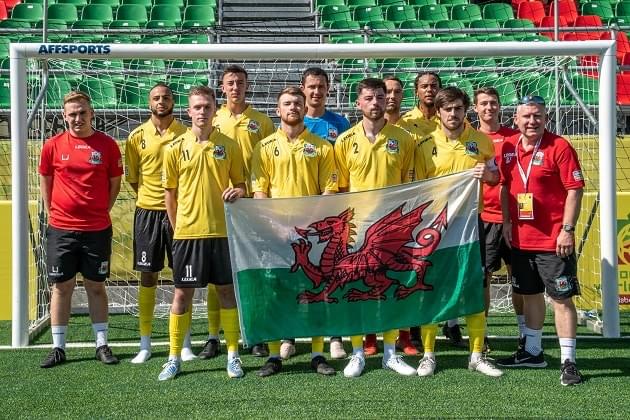 Wales are boosting their bid for Socca World Cup glory by signing up a former professional footballer for a very special session in April.

Andy Legg, who won six caps for his country, and played with Swansea in their famous cup winners cup run of the early 1990s.  Then turned out Birmingham City amongst others, in a career that spanned three decades and saw him play more than 700 games, has agreed to put the Wales squad through their paces at a training session in a couple of months’ time.

Wales Manager Barry John said the players would get plenty out of the coaching and added: “Andy is a great professional and although we are not, we are trying to do everything we can to get to the highest standard we possibly can, and hopefully some of Andy’s ability and attitude can rub off on the players.”

Legg, famed for his long throws, agreed to assist the eager squad due to a connection with one of the Wales Management team, as Barry explained: “Owain Green, who we have brought in to help us, knows “Leggy” pretty well and had a word in his ear, and kindly, Andy agreed to give his time up to help us.”

The 52 year old from Neath, is currently under-23 Coach with his former club, Cardiff and this connection may well bear more fruit in the future, with the excited John  suggesting that that his players may get some added opportunities. “All things being well,” he said, “we hope that in the pre-season, before we go to Crete, some of the players might be able to join in some sessions with the Cardiff junior squads.”

Legg himself was a late developer in the pro ranks, rejected by both Man City and Middlesbrough a youngster, he played non-league for his local side, Briton Ferry, before being snapped up by Swansea at the age of 22. Barry explained that it was perhaps this background that saw the ex-left back want to give something back: “Undoubtedly that might be the case,” enthused the passionate Wales boss. “He came from the level where three of the squad – keeper Rhys Wilson, midfielders Cullen Kinsella and Ioan Emmanuel – all play at, and he understands how hard it is to get a break.”

The training session will take place on 14th April 2019 at the Wales training base of Brackla Leisure Centre.