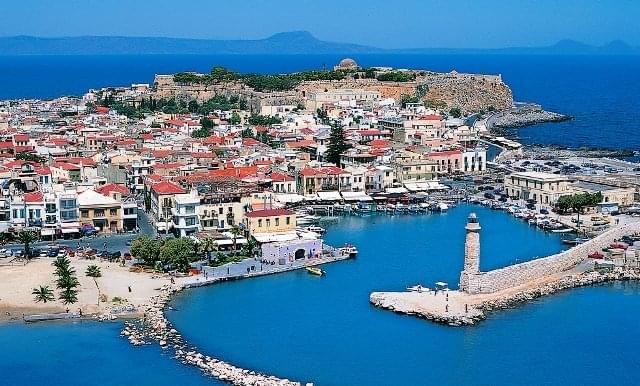 Anticipation is already building for this autumn’s World Cup in Crete, even before this weeks news that it was one of the best five holiday destinations in the world.

The TripAdvisor’s Travellers Choice Awards were revealed this week, and Crete came fifth behind Paris, France, London,Rome and Bali – which puts it ahead of places like Barcelona, Prague and New York.

The International Socca Federation’s Head Of TV, James Coe said he wasn’t surprised, and added: “As soon as Crete was announced we were all looking forward to being in such a stunning location. A purpose built stadium on the beach, with the ocean all around us, it surely doesn’t get better than that.”

The World Cup began last year in a city location, with the Trunkwala Stadium becoming the beating heart of Lisbon’s main square for a week in the autumn, but James said: “The seaside environment will give this event in 2019 a totally different dynamic, the beachfront bars and the buzz around the city of Rethymnon will be something very special and unique for us.”

Last year’s tournament in 2018 – the very first time that a world cup for 6 a side football had taken place – was won by Germany, who beat Poland in the final.

32 teams had battled it out for glory from all the continents of the world, as footballers came together to share something special. TV and online audience’s topped 75m for the event as the world was transfixed by the action.

The 2019 tournament promises to be even bigger, as James said, obviously the first one was brilliant, but it was also a learning curve for us and we will continue to improve and professionalise everything.