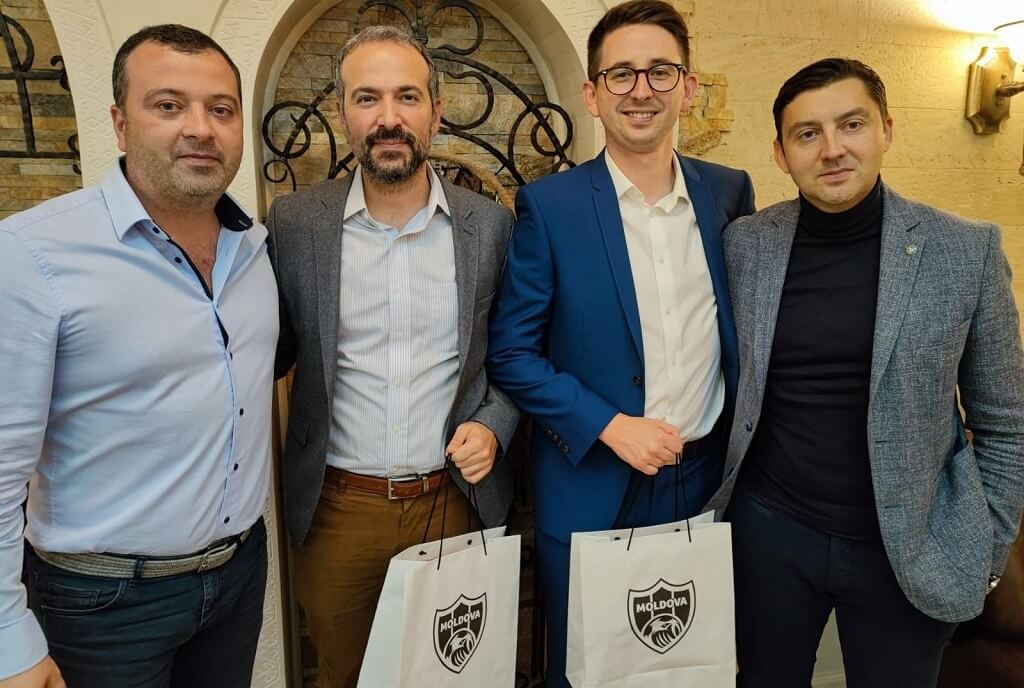 Top level talks between ISF Directors, Moldovan Socca and the country’s FA took place this past weekend that could see some of the top events in World 6 a side taking place in the country.

Events such as the World Cup, Champions League and more were discussed by ISF CEO Thanos Papadopoulos, Director of Operations, Tom Nash, Socca Moldova President, Igor Carasiov (right) and his FA counterpart Leonid Oleiniceno (left) as the rest of the world looks set to benefit from the incredible Arena Sportiva “La Izvor”.

The stadium, officially opened last year in the country’s capital, Chisinau, is one of the highest specification small –sided stadiums in the world, a fact that Mr Nash – who was making his first visit there – confirmed: “It was a pleasure to see it for myself,” he said, “It is a wonderful facility and a credit to the whole nation.”

It was also confirmed by the Director that after the talks – which he described as “superb” – it could be that the purpose built stadium might well be the venue for world events in upcoming years:  “After meeting with Mr Carasiov and Mr. Oleiniceno it is clear there is a basis for us working together and providing our usual high level events right here in the Moldovan capital.”

On the pitch World Champions Russia prevailed in the tournament, providing vital match practice before the world cup in Cozumel, Mexico next April, whilst hosts Moldova finished runners-up.